Women constitute almost half of the total electorate in India and many major parties are led by women. Despite these, they are yet to be recognised as a vote bank in Indian politics. 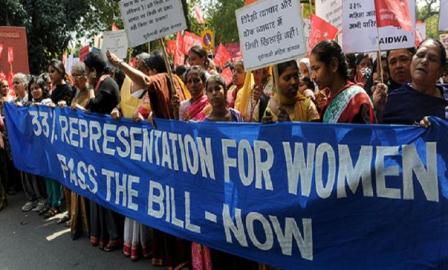 Women voters consist nearly 50 per cent of the total voters in India. So far their vote has not been taken into consideration in deciding victory margins. As more and more new age voters, especially women, show much enthusiasm in voting the subject gets interesting. It was said that in 2014 women votes favoured the change of reign. Would it repeat or do they have pro-incumbency feelings at present?

Women voters are still not a vote bank for many political parties. However, several women politicians naturally give prominence to them. The late CM of Tamil Nadu, J Jayalalithaa, and current CM of West Bengal, Mamata Banerjee, Mayawati of BSP and ex-Congress President Sonia Gandhi are the few who could be named under successful women politicians. They have delivered several measures to uplift women in the country. Here the question is whether such measures have helped women to raise their voice in the subsequent mandate, because politics is still the male dominated profession. There is a demand to provide 33 per cent reservation for women in the parliament including state assemblies. But it is still elusive. In such background women voters have surpassed men voters in several states in the country.

More in numbers but less in voice

According to the recent voter revision done across the country before the poll, within the total number of voters of 89.7 crore, women voters are 43.1 crore and this time as well many of them turned out to accomplish their democratic rights. There are nine states where they outnumber male voters. Among them four are NE states; Kerala, Tamil Nadu, Andhra, Pudhucherry and Goa are the southern states. The first time voters and youngsters are more enthusiasts among the women than men in voting.

In contrast Delhi and Uttar Pradesh are the states where the sex ratio is unfavourable to women in the entire country.

Voting Pattern in the past and the present

Women turnout in Lok Sabha elections show the trend and were tandem with the final results. In 2009 women turned in large numbers in several states. About 450 seats witnessed more women turnout than men. The result was pro-incumbency. In 2014, women voters turned out in large scale and voted as it was illustrated by a National Election Studies (NES). The study revealed several facts about how women vote in as many states which are important and have large number of Lok Sabha constituencies. Overall, the BJP enjoyed less support among the women at national level. Men voted for the party 3 per cent more than women voters. But this 3 per cent is negligible if we take into account the behaviour of women voters. Though there is no clear pattern that decides their vote, it could be ascertained by major issues that impact them seriously. Women voters, needless to say, are predominantly housewives/home makers. Inflation, lack of availability of essential items, security, education and health facilities, are few of the issues apart from alcoholism, etc. that are few of the issues that leave a stronger impact on their decision. It is difficult to gauge their political stand as less number of them show interest in everyday politics. In parallel there are just 68 women members in the 16th Lok Sabha. 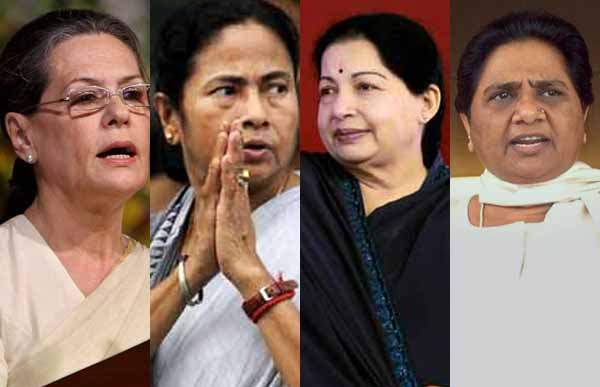 Women candidates nominated by major political parties to contest are very few. Women members in major political parties are also a minority section. This is even after many women leaders launched or became supreme powers in a political party. Turning against this trend, the only party which has given 40 per cent of the tickets to women is the TMC led by Mamata Banerjee. All other parties have given few opportunities for women. In fact it was a successful strategy in 2014. BJD has given 33 per cent reservation to women candidates. In Tamil Nadu, the flourishing state party, NTM, has allotted 50 per cent of the seats to women.

During the last poll, women voted in favour of a regime change in MP, Gujarat, Punjab, Rajasthan, and Tamil Nadu. They supported regional parties like BJD and TMC against supporting the Congress and the BJP. However, after five years of rule, Modi and BJP are confident that their women specific schemes would fetch a large number of votes. Together in all phases, total number of women candidates in fray is about 617. Interestingly both Congress and BJP have given 42 seats each to women candidates.

The two Dravidian parties,AIDMK and DMK, have allotted only 2 seats for women candidates this time.

Women as a vote Bank

Emergence of women as a vote bank is not a distant future as the numbers speak themselves. But what are their expectations, self-ridden or common benefits? So far it seems that local conditions determine their voting behaviour. Women participation in social activities including being entrepreneurs is just taking shape. Once the society expands and their role reaches to 50% of the total contribution, then it will be vital for all political parties to address their issues seriously.

What women think about and how they react to polls have not been registered in depth by any study. Several evils like show of money power and corrupt practices during elections have not been taken seriously by women. Attempts to make them participate in everyday democratic activities may strengthen the democracy in India. Without any doubt, unless there is a grassroots level change that is inclusive of women’s participation, there will be less chances of a renaissance in the Indian political arena.

Revitalising Yamuna in Delhi: Connecting with the people who matter