It is difficult to relate voting behaviours of people with political branding in Odisha, but there is a positive correlation between BJD, its number of elected party MLAs and MPs, and the vote margins. 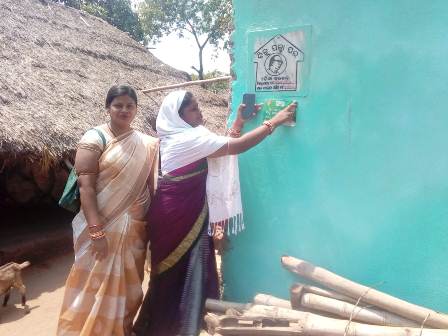 The Pan-Odisha Brand of Biju Patnaik has a few elements to recall among the public. His lesser-known cycle trip from Cuttack to Peshawar, him working as a British cargo pilot and piloting the old Dakota, the air dropping at Jammu, his friendship with Jawaharlal Nehru and the famous Indonesian airlifting incident and the beginning of Kalinga Airlines are some of the imageries people still carry and feel proud of.

His entry to politics was never easy. He had to face a series of defeats before becoming the Chief Minister (CM) of Odisha in 1961 for a brief period of two years.

Later in early nineties, from 1990-95, he became the CM again riding on anti-Congress sentiments. In 1995, even though his popularity was still intact, due to dissidence among the Janata Dal party workers, he missed out on a third term, but only after he became a Lok Sabha member from Cuttack. Two years later, in April 1997, he died and soon after, the party was renamed after him to Biju Janata Dal (BJD).

“Naveen Patnaik had all the love and affection of the people of Odisha as the son of Biju who piloted the party in Odisha after his father’s demise. Knowing well about the people’s affection towards Biju, he went on to name several government schemes and programmes in the name of his father.”

The branding reached to districts and block levels too. This branding has now crept into the system so intensively that it is difficult to differentiate the brand Biju from the party and the government officials as it is nurtured by both.

This, of course, has also been helped by the fact that no other party except the BJD has been in power in Odisha. But with the 2019 General Elections in sight, things could be headed in a different direction.

Take the example of Biju Yuva Vahini (BYV), the ambitious Rs. 450 Crore cadre of youth volunteers of the Odisha Government which was formed in 2018 and is a testimony of brand excesses in the state. The task of these volunteers is to help in coordinating government schemes at the grassroots level. With launching of flagship BYV, the government reached out to 54,000 villages, spread over 147 assembly constituencies.

This thin discernible line of difference between branding of cadre, Biju as an icon and development process will have long-term impact on the state.

It is difficult to relate voting behaviours of people with political branding in Odisha, but there is a positive correlation between BJD, its number of elected party MLAs and MPs and the vote margins.

“The general perception of BJD is very much positive as the brand is always perceived much bigger than the issues, concerns and the candidates.”

Sitting MLAs are often denied tickets for the simple reason that the candidate would not be associated because of incompatibility and negative voting behaviour. Since, party leaders often are seen changing party loyalties overnight, it is difficult to measure the extent to which voters would be left confused.

The news of Dana Majhi, who carried his dead wife on his shoulder, taking back her body to his village in western Odisha that reached national and international media in August 2016, was a significant incident for BJD Government.

This news moved everyone who saw it and was the first indicator for the outside world on what the state of affairs really was. For the first time, the common man started to rethink about the functioning of the BJD-led government in Odisha, who previously were known for their welfare.

The same was reflected in the voting behaviours of the Panchayati Raj Institutions (PRI) elections, held in the month of February 2017. There was a marked and drastic reduction in vote share of BJD supported candidates in local bodies. Fearing this, the BJD withheld Urban Local Bodies (ULB) elections that were expected in December 2018.

In Odisha, almost all the 85 ULBs expired its term by December 2018. The result of PRI and UBL would have negative impact on the voters getting ready for 2019 election in Odisha that will have both Assembly and Parliamentary election happening simultaneously.

This reminds us of Bangladesh, the country that has already proved that language is more close to hearts, than nationality and politics put together. That’s why, with all protests, movements and dissidence, it dissociated from Pakistan after a prolonged liberation war in 1971.

Pakistan had to pay its share for suppressing the language and afflicting the people from a position of power. History often repeats itself and the same condition seems to be happening in Odisha, in a different context, though.

“Here, there is no threat to Indian federation, but the regional parties like the BJD, have been playing the language card and converting that into votes.”

For the last four consecutive terms, this regional outfit has been getting thumping majority playing the ‘Odia’ card. But the non-Odia speaking CM and his cronies, also some of them non-Odia, central civil services officers, have started a culture of degenerating the language.

If early indications and resentments are anything to go by, the BJD government is taking for granted their political fortunes and their over-confidence might be detrimental in the coming days.

Being the son and political heir of legendry Biju Patnaik, Naveen cannot speak, discuss and understand the language, despite having spent the last 20 years in Odisha.

The much published CM’s Grievances Cell is not attended by him, years together, for the obvious reasons that he cannot empathise with the issues and concern of the people.

Of late, his party has been selecting candidates who are not even formally educated till the primary level, and these are his picks for the Lok Sabha seats. It is unclear what message Naveen is trying to send out to the people of Odisha by doing this.

When other regional parties are sending illustrious women leaders to both the houses of Parliament, Naveen is keen on sending wives and dependants of former MPs to Parliament.

Culture Vultures of Events and PR

Odia University announced in 2017 that it has been shifted to Satyabadi, the birth place of Gopabandhu Das in Puri district from the capital of Bhubaneswar. Some of the activities of Naveen hint towards his “disapproval” of the Odia language and literary figure of the state.

Also Read : Special Status to states: The game of revenues

The way he misbehaved and downplayed legendary, founding father of Odia language, the 18th century poet Abhimanyu Samanta Singhar is much debatable. He notified a stretch of road in core Bhubaneswar Smart City in the name of the poet in May 2013, but in a matter of 13 years, he decided to replace it with Mother Teresa in September 2016.

“Public resentment, representations, protests and legal battle did not deter Naveen to roll back his order. The move is seen as an appeasement to a few lakh Christians of the state.”

With hardly any remarkable development on tourism and culture fronts, the state has done some PR exercises and financial incentives to promote research and promotion of Odia language.

Below the new wrappings, the situations of individual departments are horrible. Sheer negligence of archaeological heritage has done irreparable loss to the history of the country.

At the end 18 years of rule, Naveen thought of constituting a ‘Heritage Cabinet’ that would aim at protection of ancient monuments, temples and archaeological sites in Odisha and take steps to preserve the state’s culture, language and literature. But it is too late and irreversible as of now such that the USP of the state, with more than 3,000 years of documented culture and heritage (starting from great Kalinga War) is under dire stress.