Pandemic, Transgender and the Toothless Act

The Act neither legitimises transgender identity in a respectful way, nor does it have any provisions of affirmative action that would ensure social equity over a time.

COVID-19 pandemic, the sudden lockdown and non-strategic unlock phases affected everyone. However, transgenders have been one of the most adversely impacted segments of the population. 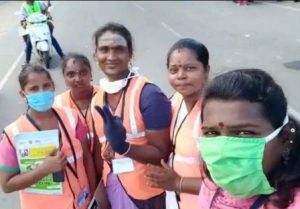 They face rejection, stigmatisation and disrespect and discrimination from their own families, society, state bodies, firms and companies. In addition, the solidarity organisations do not understand them, which leaves them largely into the so-called ‘others category’. They are invisible to GDP calculators, so they are left out of the economic planning system of the country. The Transgender (Protection of Rights) Act 2019, effective from 10 January 2020, cannot have an excuse of archaic legislation. The product of a modern mind and the government that wanted to climb up the ladder among the list of economic superpowers, it is not wrong to expect them to be considerate to this population. A miracle of rights-based approach was not expected from this Act, but the Act which commenced just 20 days before the detection of the first COVID case, it was expected it would at least be relevant for the population during the pandemic, but the reality is different.

Firstly, the law did not have any provision that would secure this population’s basic rights to food, health and life. When a larger population was depending on the Public Distribution System (PDS) to survive, this section was running across the closed offices to get the ration cards. Non- accessibility to online platforms makes it more difficult. Every time when the Prime Minister mentions figures in thousands of crores for relief and entitlements, the community ‘listens’ to that. There is no way that they can ask anything. It seemed none of those entitlements are applicable to them. For the first time, they realised the meaning of ‘real citizenship’! Why did this happen?

In a webinar, organised by Praxis India and Partners in Change as part of the COVID-19 webinar series, on 19 August 2020 many reasons were cited. Firstly, as cited by Thenmozhi a social activist and a trainer for Grammiya Kalai for over a decade “During the lockdown, the transgender community was affected drastically as the majority of them are daily wage earners. The rent is high for our community as compared to others and with no means of livelihood they were not able to afford food. In addition to that without a ration card we were not able to access free ration distribution.  The situation has been the same even prior to the lockdown. Our life has been showcased in the media, but in reality, we do not have any basic benefits which have caused mental pressure”. This law has been of no use to them. None of them could say, let us use this Act to access some entitlements.

“They should not beg, they should study, they should take care of their health, practice hygiene, but it shows away from saying transgender should be provided special beds in medical hospitals or reservation in job and education”.

Also Read : COVID-19 and Plight of the Visibly Invisible

The language of the Act has not been rights-based.

Thirdly, now that there is an Act that at least legitimises this identity of the population, it should help with at least certain attitudinal posture, if not shift in duty bearers. However, transgenders have not seen any of these. Yoga Nambiar a Choreographer, Feminist and a Social Activist from Mumbai shared “The behaviour of healthcare workers towards this community is worrying”. She further recalls an incident where an HIV positive transgender person was not provided with a bed in the hospital and was kept in isolation only because of her identity. She shared “If a transgender person visits a clinic the doctors ask them to visit their clinic either early in the morning or late in the evening, at a time when they have no patients in the clinic, as they are concerned about losing other patients if any transgender person is seen visiting their clinic”.

Finally, the institutions that were made responsible for the implementation of the Act have traditionally been not only insensitive, but also ignorant about the community. The least that is needed is to create a specialised cell in the administration to look at the grievances and recommend and decide on the course of action. The Act refused to learn from pre-existing good practices. Priya Babu says, “The Tamil Nadu government had a screening system and procedure in place which included people from the community; this was good as it made us feel comfortable having another member from the community there. However, under this new Act the examination and screening will be conducted by the medical supervisor in the absence of a community representative, and this is extremely humiliating. This is an absolute violation of our human rights”. 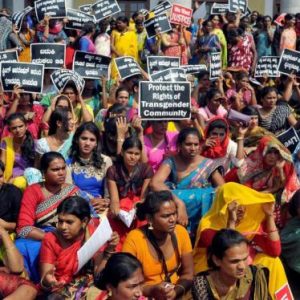 Priya further shared the Act seems to be forcing the community to live in a family structure “This Act is blind to the non-traditional family structures in which most transgender persons live for years. Section 12 emphasizes a transgender child to live with their family or alternatively to be sent to the rehabilitation centre. The reality is that the family and relatives do not accept the transgender. Won’t compelling a child to live in the rehabilitation centre lead to child right violations?”

Priya raised her concern about the Act pushing back to caste structure. She shared that “Section 7(3) permits to change the first name however remains silent on the surname”. “Transgender community do not follow the religious and caste based norms and they have given up such identity, but the act mentions about changing the first name only which indirectly pushes to live inside the caste structures”.

The community today is at the lowest level of trust. They feel they have been let down by the state, society and the non-profit organisations.

There is neither empathy nor sympathy. When people were talking sympathetically about the migrants, they unfortunately were not even in their imagination include the perpetual migrants in the transgender population. The attempt is not only to invisibilise, but also to disintegrate the community. Rachana Mudraboyina acting director of Human Rights Law Network on LGBTQ issues from Telangana shared “This may lead to crackdown of local authorities and police personnel on our community. This may break our community and disintegrate our commune”.

The Act is superficial and tries to make a feel-good statement of being a country with an Act that protects transgender population. Beyond that, it neither legitimises their identity in a respectful way, nor does it have any provisions of affirmative action that would ensure social equity over a time. It assumes that the existing system would beat the attitudinal gaps in the bureaucracy and they would suddenly become sensitive to the community. The transgender population requires political solution—that drives society to give up the discriminatory attitudes. Let us not accept any empathy from the patriarchal system without a political campaign.

The writer is working with Partners in Change, New Delhi. She can be reached on twitter @PragyaShah12