Details to be finalised in Cabinet Committee of Parliamentary Affairs meeting

The Monsoon Session of the Parliament may kick-start towards the end of July, officials at the Ministry of 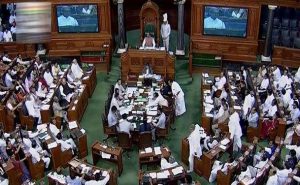 “Final timeline for the session will only be decided at the CCPA meeting. The dates for either have not been decided yet, and we are still in the process of finalizing the details. However, the session may take place towards the end of July,” a spokesperson from the office of Gyanesh Kumar, Secretary, Ministry of Parliamentary Affairs, said.

Officials at the office of Parliamentary Affairs Minister Pralhad Joshi that Delhi Post spoke to also stated that the session will commence in July.

While 35 government bills are pending in the Parliament, the ones that will be taken up on a priority basis in the upcoming session will also be discussed in the CCPA meeting. “We have not sent invites to the secretaries yet. It will take some time,” the officials further said.

The legislative agenda for the Monsoon Session may be jam-packed due to the number of pending bills and ordinances.

The Covid-19 pandemic also affected the parliamentary session last year. The Monsoon Session in 2020, while scheduled to commence in July, only began in September. However, since the second wave of the pandemic has mellowed down and the country is witnessing a decline in Covid cases, officials in parliament secretariat hope to commence as per the usual schedule this year.

The Budget Session of the Parliament was cut short of schedule this year, due to the onset of assembly elections in multiple states, including West Bengal, Tamil Nadu, Kerala, Assam, and the Union Territory of Puducherry. It was held between January 29th and March 25th. The session cleared 18 bills and clocked productivity of 90% (RS) and 107% (LS). A detailed summary of the session can be read here.

The session was also disrupted multiple times due to protest by opposition members over the passing of contentious farm laws and rising fuel prices.

Older Adults are at Higher Risk of Social Isolation During COVID Pandemic: Study