In a country where a person commits suicide every 90 minutes, it’s disheartening to see the stigma surrounding mental illness. 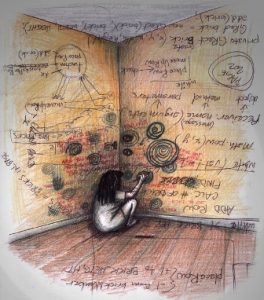 “At 14, there is a lot going on in life: hormones, classes, teachers, exams. At that point, I would feel bad about gaining even half-a-kg weight thinking how it would reflect in the society. For me that half-a-kg felt like 20 kgs. I would start crying at the most stupid thing. For me, everything had a bad ending. Like if I had planned to go out on a movie with my friends, I would fear that they won’t come or would leave me in between or worse I would die on the way,” says Tara in a video uploaded by Live Love Laugh Foundation’s #NotAshamed Campaign. She is currently undergoing therapy.

It’s estimated that over 1.1 billion people worldwide had a mental or substance use disorder. In India, 150 million people are mentally ill. According to ‘Mental Health Status of Adolescents in South-East Asia: Evidence for Action’, published by World Health Organisation (WHO) in 2017, 25 per cent of India’s adolescent population has suffered from depression for two weeks or more in a row.

“WHO defines mental health as a state of well-being in which every individual realises his or her own potential, can cope with the normal stresses of life, can work productively and fruitfully, and is able to contribute to her or his community.”

It doesn’t necessarily mean absence of medical illness but includes within its ambit prevention of mental disorders and treatment and rehabilitation of people affected by mental disorder. In an attempt to provide help to mentally ill people in consonance with the UN Convention on Rights of Persons with Disabilities (UNCRPD), India enacted the Mental Healthcare Act, 2017 (MHA).

The major drawback of this Act is that it treats mental illness as solely a clinical issue that can be treated by medicines. But research suggests mental illness is treated by a mix of clinical as well as non-clinical medical services. In fact, in initial stages, non-clinical treatment plays a more important role. Medication is required only when the illness is in its advanced stages. The failure of the legislators to recognise this aspect of mental illness is a sheer case of ignorance on their part. In some cases, illness can be a result of one’s social environment and hence non-clinical services like peer support, awareness and stigma campaigns, training to empathise/identify issues can be more helpful than medication.

“This is where the intersectional approach by Mariwala Health Initiative (MHI) comes into play. This approach envisages that mental health of an individual is not restricted to the person itself but also significantly touches the community, family and livelihood.” 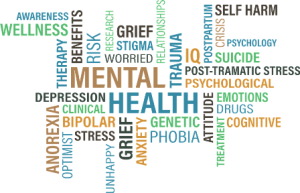 As such, these aspects should not be left out while drafting any policy and countering any stigma associated with mental health. It believes that the inequalities which are deep-rooted in our society affect the mental health of an individual. This is why, it is striving to promote the shift from biomedical attitude to an inclusive, holistic and empathetic community-based intervention attitude. This change centres upon the idea of de-institutionalisation which replaces the long stay in psychiatric hospitals with less isolated community mental health services to lead more fulfilling lives.

It is on these lines that the Atmiyata Project was initiated by Centre for Mental Health Law and Policy (CMHLP). It is a low-cost, community led mental health model which provides guidance to community mobilisers to identify and to support the persons with emotional stress and common mental health disorders and also to promote the awareness in the community.

This two-tier model engages a number of stakeholders. While tier-one engages self-help groups and volunteers within the community, tier-two facilitates referrals to public healthcare facilities and district hospitals as well as relevant district authorities. In 2017-18, it successfully covered 300 villages in district of Mehsana, Gujarat.

“WHO in Global Forum for Community Mental Health held in Geneva 2007, emphasised on the idea of community mental health services as being more accessible to people with mental disabilities and also being more effective in taking care of the their needs.”

Also, possibilities of violations of human rights are significantly less in community health services when compared to mental health care institutions. Not only the community mental health centres reduces the social exclusion of persons with mental disabilities but also, they are most useful in developing countries which have limited resources which the community through the locally available resources can take care of the persons with mental instability.

In a survey conducted by National Institute of Mental Health and Neurosciences, Bengaluru, it was found out that 13.7 per cent of Indians are mentally ill that amounts to 150 million people. By 2020, it is expected to rise to 20 per cent of India’s total population. Despite such a huge number, the budgetary allocation to mental health care is very less. India spends only 0.06 per cent of its health budget on mental health. Australia, on the other hand, with 4 million mentally ill persons saw an investment of $338 million for the mental health sector concentrated in the areas of suicide prevention, senior citizens and mental health research.

Also, according to Union Ministry of Health and Family Welfare, the number of psychiatrists that India has is 3,500 whereas the country needs 11,500 psychiatrists. The total mental health carers in India, comprising of clinical psychiatrists, psychologists, psychiatric social workers and psychiatric nurses stands at 7,000, while the actual requirement is 54,750. This demand and supply gap has led to soaring prices of mental health treatment. In a country where 22 per cent of its population lives below the poverty line, soaring prices make the treatment unaffordable. Also soaring prices reflect the improper implementation of MHA, 2017 which provides for affordable treatment.

“Recognising the importance of bridging the gap, the Government even started manpower development schemes under National Mental Health Program in the 11th 5-year plan. The schemes aim at increasing the PG training capacity in the mental health specialties of psychiatry, clinical psychology, psychiatric social work and psychiatric nursing.” 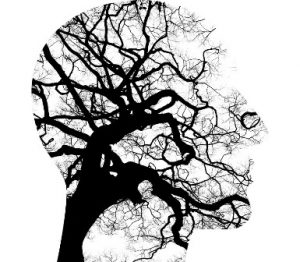 The PG courses recognised by the schemes are specifically MD/DPM/DNB in Psychiatry, Diploma in Psychiatric Nursing, M. Phil. in Clinical Psychology and Psychiatric Social Work. According to an article published in Indian Journal of Psychiatry by Kalyanasundaram Seshadri, “It is a short-sighted approach to think that chronic psychiatric illnesses can be managed by producing traditional mental health professionals, without paying due attention to such specialised areas like psychiatric rehabilitation and associated psychosocial interventions.”
Further, he also advocates for inclusion of more courses on mental health/psychological rehabilitation under the scheme.

In 2015, the United Nations acknowledging the burden of mental health, included it in Sustainable Development Goals (SDGs), thus making it a priority for the next 15 years. India among other nations is committed to achieve the SDGs by 2030. This brings our attention to Goal 3 which seeks to promote the health and well-being for all at all ages. Mental health in itself is an important factor for achievement of all other goals. The WHO in Global Reference List of 100 Core Health Indicators has concluded that mental health plays a key role in efforts to achieve social inclusion and equity, universal health coverage, access to justice and human rights, and sustainable economic development. According to Mental Health Innovation Network (MHIN), the global inaction on mental health is hindering the developmental goals. It brings forth the idea that there is cyclical relationship between mental health and poverty.

The current biomedical approach as underlined in MHA, 2017 fails to address the link between the two and this is also highlighted by MHI. Thus, it is important to adopt the rights-based approach as advocated by MHI which ensures the inclusion of persons with mental illness in developmental interventions to improve mental health. Also, the failure of UN to recognise severe mental disorders as SDGs indicator has adverse implications.

“FundaMentalSDG, is a global initiative aiming to strengthen mental health in SDGs. It calls for inclusion of severe mental disorders in the SDG indicators and proposes to include an additional indicator that is proportion of persons with a severe mental disorder (psychosis, bipolar affective disorder, or moderate-severe depression) who are using services.”

Mental Health though being an increasingly essential domain of well-being has been treated as a stigma for centuries. In a country where a person commits suicide every 90 minutes, it’s disheartening to see the stigma surrounding mental illness. Given the fact that now it is being been recognised in India as well as around the globe is a positive sign. However, the improper implementation of laws and partial recognition which leads to misconception needs to be curbed.