World Happiness Report: Why wellness is interlinked with employment 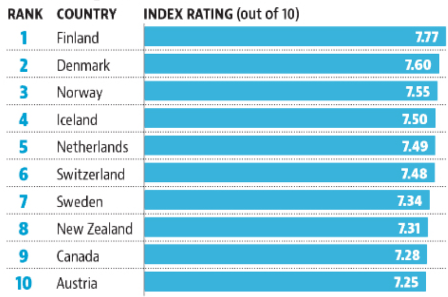 The world happiness report was released by sustainable development solutions network for the United Nations on March 20, 2019. According to the report, the overall world happiness has fallen over the past few years, which has mostly been fuelled by a sustained drop in India, which came in 140th place this year compared with the 133rd place in 2018 and 117th place in 2015.

The UN’s seventh annual World Happiness Report, which ranks the world’s 156 countries on “how happy their citizens perceive themselves to be”, also noted that there has been an increase in negative emotions, including worrying, sadness and anger. Typically, a nation’s economic health is measured by its wealth. But increasingly, many countries are dumping this age-old prosperity measuring method and are turning their focus to a more humane notion of well-being and happiness.

The 2018 World Happiness Repots revealed that the average person rates life a mediocre 5/10 on the happiness scale. Whether you are a nation or a person, you can be wealthy, fit and unhappy or even hold a position of poor, unhealthy and happy. Likewise, every South Asian Association for Regional Cooperation (SAARC) nation barring Afghanistan is ahead of India – with Pakistan at 67, Bhutan at 95, Nepal at 100, Bangladesh at 125 and Sri Lanka at 130.

The corporate wellness marketplace began decades ago with a highly specific focus on employee physical, mental health and safety.

“Today, however, the definition of wellness has expanded dramatically to include a range of programs aimed at not only protecting employee health, but actively boosting performance as well as social and emotional well-being.”

These now include innovative programs and tools for financial wellness, mental health, healthy diet and exercise, mindfulness, sleep, and stress management, as well as changes to culture and leadership behaviours to support these efforts. The wellness sector is likely to generate nearly three million job opportunities. India holds Rs 490 billion wellness market such that the wellness industry is set to cross Rs 500 billion mark by the end of this year with a rise in growth by 30 per cent every year.

Yet, on the contradictory, more than 50 million Indian people suffer from depression.

According to the Global Burden of Disease Study, depression has become India’s 10th-biggest cause of early deaths in 2015. Unemployment is a well recognised risk factor for mental health issues, which eventually leads to unhappiness.

A proactive rather than reactive approach towards wellness and happiness

The wellness industry is rapidly growing in India and as well as all over the globe.

Mindfulness coach Nithya Shanti feels, “As the standards of living rise and we find ourselves increasingly surrounded by all kinds of modern conveniences, for many, the focus begins to shift from survival and socialisation needs to reflect more deeply on their life experience.”

While users and providers form the core actors in the wellness space, industries like media, education and the government form the support pillars to sustain this sector. The media industry, has begun to take an active interest in the wellness space. It has facilitated proliferation of the wellness concept through events and wellness-specific program content. Alliances with wellness providers for generating content and the launch of wellness-specific TV channels and magazines has underscored the importance of wellness as a sector for media companies.

Educational institutes have also begun to consider wellness education as a facilitator for a lucrative professional career. State-run Industrial Training Institutes (ITI’s) along with several private institutions have begun to offer certificate courses in therapy, fitness training and other aspects of the wellness space. An Investor Facilitation Cell has been created in ‘Invest India’ to guide, assist and handhold investors during the entire life-cycle of the business. India has demonstrable capability to reach near 100 per cent literacy level by 2025 (Make in India).

As India is a hub for traditional wellness therapy (Ayurveda, yoga, alternative medicines branches), government agencies have begun to support activities facilitating the development of wellness centers for domestic users and international market.

So, where is the catch?

Recent estimates by FICCI and EY (Ernst & Young) suggest that the industry will grow at a CAGR (compound annual growth rate) of nearly 12 per cent for the next five years, and reach an estimate high of Rs 1.5 trillion by 2020.  Manufacturing in India is currently contributing just over 15 per cent to the national GDP. The aim of  Make in India campaign is to grow this to a 25 per cent contribution as seen with other developing nations of Asia. 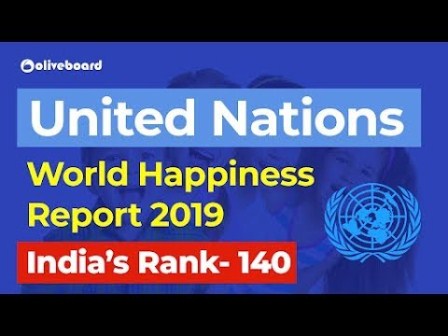 In the process, the government expects to generate jobs, attract much foreign direct investment, and transform India into a manufacturing hub that is preferred around the globe. But the problem arises when we ignore the fact that the unemployment rate in India ranges between 3.4 per cent to 3.6 per cent according to the ILO’s World Employment Social Outlook Report.

Machinery can be one thing but the labour force is equally important. In August 2018, Prime Minister Narendra Modi claimed that in the previous financial year, ‘more than 70 lakh jobs were created in the formal sector alone’.

But as per January 2019 report by the Center of Monitoring India Economy (CMIE), a business information company, reveals that as many as 1.1 crore people lost their jobs in 2018, while the unemployment rate shot up to 7.4 per cent in December 2018, the highest in the last 15 months.

According to the annual household survey, which is conducted by the Labour Bureau, India’s rate of unemployment has seen a persistent upward trend since 2013-2014, followed by a steep acceleration in 2018. The policy and labour reforms which are fundamental for the success of the Make in India campaign have not yet been implemented. The entering of the foreign countries into the manufacturing sector of India has caused a stress to the small entrepreneurs which have further caused disruption in the agriculture industry.

Depression and stress is another factor that has to be looked upon.  Nearly nine in 10 Indians suffer from stress.

“The recently-released findings of the 2018 Cigna 360 Well-Being Survey – Future Assured, conducted by Cigna TTK Health Insurance, show that stress levels are higher in Indians compared with other developed and emerging countries, including the United States, the UK, Germany, France, China, Brazil and Indonesia.”

The survey further revealed that 95 per cent of Indians between the age group of 18-34 years are stressed compared to the global average of 86 per cent. Work and finances are the key reasons people attribute their stress which further leads to unhappiness. The life experiences and perspectives of young people in the 21st century differ greatly. About 87 per cent of young women and men living in developing countries face challenges brought about by limited and unequal access to resources, healthcare, education, training, and employment as well as economic, social and political opportunities. Even after pursuing new age courses, it is hard to find a job in India which ultimately causes a state of stress, anger and depression.

Wellness is considered to be a complete package that refers to well-being in terms of the body, mind and spirit. The most significant limitation is that happiness is obviously difficult to measure and qualify, but surely wellness is just a way of life which everyone should acquire in the best possible way.

Prioritising issues like unemployment, stress and equal distribution of resources will not only lead to positive outcomes in terms of health, prosperity and wealth but also contribute towards a better lifestyle, well-being and happiness for the people of India.

The writer, a public policy researcher, is a freelance writer based in Delhi. She can be reached on twitter @tanpreetlamba16

Action needed to tackle the venomous neglect of snakebite in India