While the West Bengal government is hell-bent on protecting the refugees and illegal immigrants stating humanitarian concerns, the people in the stateare in on their toes about the situation.

Detection and deportation of illegal immigrants is a continuous process. Central government is vested with powers under Section 3(2) (C) of The Foreigners’ Act, 1946 to deport foreign 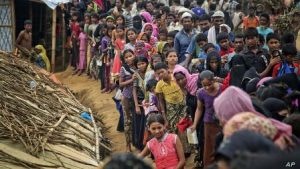 nationals staying illegally in the country. Under the Act, the state governments have the power to detect, detain and deport illegal immigrants. As India is not a signatory to the 1951 Refugee Convention, this means that Indian law does not identify any illegal immigrant as a refugee.

Influx of Refugees in West Bengal

The state of West Bengal had witnessed an influx of refugees since 1970 when the Liberation war started. Thousands of refugees fled Bangladesh and settled in settlements on state government and central government lands. They also began living on the railway properties and whatever private land they could find. The Left government in power labelled such settlements as “refugee colonies.”

The concentration of such refugee colonies is mostly found along with border districts such as North 24 Paraganas, South 24 Paraganas, Nadia, Murshidabad, Coochbehar, Jalpaiguri, Darjeeling and Dinajpur. Some of them are also in central and western locations including Bankura, Asansol, Durgapur, Jadavpur (South Kolkata), Dum Dum (North Kolkata).

According to the official website of the West Bengal ‘Land &Land Reforms, Refugee Relief and Rehabilitation’, the census figures of 1971 pegged their population at nearly 60 lakh. This number was assessed at 80 lakh in 1981.At present, the refugees constitute 80 to 90 lakh of the state’s population.

In an answer on Rohingya issue, the Minister of State for Home Affairs Nityanand Rai stated that the Ministry of Home Affairs held a series of meetings and video conferences at various levels with state government officials. They were asked to cancel any Indian documents such as PAN cards, Aadhaar cards, driving licences, ration cards, etc. which might have been fraudulently obtained by them.

As per the information given by Union Minister Kiran Rijiju in Lok Sabha in 2019, 22 Myanmar nationals were deported since August 2017 following proper process.

However, the government has shown its inability to provide accurate data regarding the number of Rohingyas residing in the country stating that the illegal routes and channels are the reason for it.

Also Read : Refugee Crisis: Who is Bearing the Brunt?

The West Bengal government decided to distribute identity cards issued by the United Nations High Commissioner for Refugees (UNHCR) to Rohingya children lodged in the juvenile justice homes of the state in 2017. UNHCR had given the identity cards to the Rohingyas in India to protect them from harassment and arbitrary arrests.

Mamata Banerjee had defended the people saying that that the people have an address, ration card, Voter card and driving license and thus they are the citizens of India. She also decided not to implement the CAA and the NRC or update the National Population Register (NPR).

There were around 40,000 Rohingyas in India in 2017, as reported by government in Lok Sabha. They were stated to be living illegally in the country, and none of them were deported by then. BJP had accused Mamata Banerjee of Muslim appeasement and acting according to the interests of the minority community for “vote bank politics”.

Until 2017, there was no fixed settlement of Rohingyas in West Bengal. Most of them were lodged in prison.BSF Director General KK Sharma had said in 2018 that he felt that the West Bengal government is slightly friendly to the Rohingyas and has set up special camps for about 70 such families.

The Trinamool Congress (TMC) government plans to regularise the refugee settlements in the state. It is easier said than done. Although the land is state subject, many of the refugee colonies are on Central land. The State Government will not be able to grant rights of the same to the settlers.

Moreover, refugees and immigration are Union subjects where the state cannot interfere. The central government makes a law, and the state generally has a corresponding law. So, it will have profound legal implications. It is not clear how it would be done.

The state government is all in to benefit the politically significant Matua community. The Matuas are a Schedule Caste religious Hindu refugee sect from Bangladesh whose population (estimated 3 crore) is spread across seven Parliamentary constituencies. They are the deciding factors in at least 30 assembly segments. The Matuas had switched allegiance from the TMC to the BJP ahead of the 2014 elections. TMC, in an attempt to gain back the people, had announced 10 crore for Matua Development Board and 5 crore for Namasudra Development Board.

The 2019 Lok Sabha poll gave another interesting sneak peek into a wave of change. The BJP, which stands as a major opposition in West Bengal for upcoming elections had received 15-20 per cent Muslim votes in several constituencies.Earlier, TMC has been accused of playing Muslim appeasement card to win elections in the state. The state citizens bumped their heads with the administration over the decision of the government to stop the Durga idol immersion because of Muharram observance in 2017. 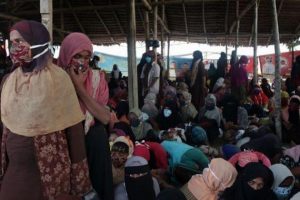 The Central government had clearly asked the state government to detect and deport the illegal Rohingya immigrants, while the West Bengal government is helping the Rohingyas to settle down in the state. It is running refugee camps for the people. However, the refugees with UNHCR cards are not allowed to work in the country other than the undocumented menial labour. Thus the cases of acquiring fake identity cards are on the rise. There is a sharp risein concerns over the illegal immigrants getting fake identity documents among the Central government and people of the state. This, if left undetected, may also impact the election outcome for 2021 state elections.

The state government is hell-bent on protecting the refugees and illegal immigrants stating humanitarian concerns. Mamata Banerjee had also said that the Rohingyas are not terrorists and thus the government will help them as much as they can. However, the state people are in on their toes about the situation. The high unemployment rate in the state has already caused brain drain along with internal migration of labourers to other states. The increasing population would only mean increased pressure on exhausted work pool of state.

The writer is a freelance journalist based in Hyderabad. She can be reached on twitter
@mind19wanderer