The global climate change movement should take note of the indigenous groups and their history of sustainability, along with their environmentally conscious cultures

Growing up in Shillong, I was always surrounded by green hills, rivers, blue skies with fluffy white clouds, tall pine trees, and the smell of crushed eucalyptus leaves. Belonging to the indigenous tribe of the Khasis, our culture has been passed on orally from one generation to the next and so have our close ties with nature. Nature has occupied an extremely pivotal and incremental role in our art, literature and stories- I have grown up singing songs, reciting poetry and reading stories about the waterfalls here, the legends of the various caves, the local fauna life, and such. 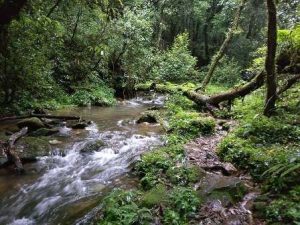 From infancy, our families and clans have familiarised us with the myths and legends about the sacred sites, like ‘Lawkyntang,’ which is also known as the ‘Mawphlang Sacred Grove.’ We’ve been taught about the sanctity of these natural sites and their religious, as well as cultural connotations. However, I think the true essence for their importance is preservation. Our indigenous religion has also been carefully intertwined with mother earth to ensure its prosperity and longevity. ‘Lawkyntang’ is a sacred forest in the village of Mawphlang that spans over 192 acres and has existed over a thousand years, or so the legend goes. It is an alluring piece of consecrated land that has been protected and cared for aeons by the community members of the Mawphlang village. It is believed that a deity lives in the forest and protects her home, therefore making everything inside the forest hallowed, right from the animals, to the twigs, to the water. Nothing should be harmed or taken out of the forest.

However, there have been stories of miscreants, troublemakers, and sceptics who have gone in, paid no heed to the warnings given and come out with a piece of the forest only to face dire consequences on the outside. They become cautionary tales for both locals and outsiders. My mother once told me of an incident  of a long time ago when a group of army men marched into ‘Lawkyntang’ and picked up some wood despite much visible outcry from the villagers…Their vehicle ended up breaking down not more than a kilometre away, and the engine only resumed when the wood was returned to its rightful place.

Another legend I’ve grown up with is the tale of the ‘Diengdoh Tree,’ which is a myth closely intertwined with my own family and clan. My last name is Diengdoh and funnily enough its literal translation from Khasi to English is, ‘Tree Kiss’. This folklore has been passed on to me by my mother, and to her by hers; a campfire story, handed down from generation to generation. From what I’ve been told, this idiosyncratic tree must never ever be cut or taken down by anybody bearing the last name Diengdoh. Although I have never actually seen this tree, my mother says it grows in our ancestral home- my great grandmother’s home. The fear of impending collapse is the only time it can be cut, and the only way to do it is by employing or requesting someone outside the clan to carry out the task. The origins of this myth are not known but a cousin once told me that our ‘Iaw Bei’ or foremother, whose life was in danger, sought protection from this tree and in return she promised it that she and her kin would always protect the tree.

In Khasi culture, storytelling is used as a tool for environmentalism; therefore sustainability is an important and distinct characteristic of our tribe and its history. This is reflected in our lifestyle as well by the ‘plaiew’ and ‘slakait.’ The ‘plaiew’ is a multi-purpose cloth bag traditionally used for shopping and storage, which is still very popular. Kids today even use it as a school bag. While the ‘slakait’ is the leaf from the banana tree used for packing food and other items, it has been utilised for centuries, and a visit to the local fair or festival will show you how popular these still are.  These two items are only a few of the many environmentally friendly products that our forefathers and mothers have carefully created for ease and convenience, while bearing in mind its intended and unintended impact on the environment. 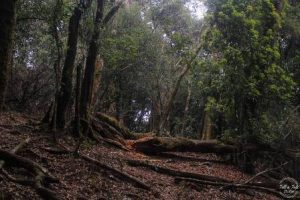 Another facet that reflects our green thinking is infrastructure and the ‘Living Root Bridge’ in is a perfect example of that. Sustainable architecture and infrastructure might be a new concept to the West but here it is an age old concept. The ‘Living Root Bridge’ is a suspension bridge formed from the living plant roots of a tree; the structure will remain as long as the tree is healthy and strong and over time new roots grow into it. There are many such living root bridges all over the state, but the most popular one is in the village of Nongriat, called the ‘Double Decker Root Bridge.’ Nobody knows when the root bridges were first formed but writings as early as 1844 have mentioned it. While also serving as a tourist hub, these bridges are still in use by the locals. The rules for Tourism are stringent- littering is not taken lightly and is strictly regulated by the community there.

With climate change finally being covered in the mainstream media, and its activism being highlighted, it is pivotal for the movement to take note of the indigenous groups and their history of sustainability. The innate desire and effort to protect the environment was so paramount that it was incorporated into their culture and that is something we should be in constant awe of. The folklores may never be demystified but their essence and emphasis on nature as the centre of our worldly orbit shall always remain.

The writer, from Shillong, Meghalaya, is pursuing MA in Political Science from Jawaharlal Nehru University, New Delhi. She can be reached on twitter @evakbd